Cannes except, during the festival..." /> Sylvie’s voyages “The French Riviera” – French Quarter Magazine

Cannes except, during the festival season, remains a classic and sophisticated destination. Under the sky and the sea, which are definitively an azure blue, you can appreciate all the refinement of a quality holiday resort. Residences and hotels that are sea front with their either private beaches, restaurants where the culinary talent outstrips the quantity, the style of the pedestrian streets which in July offer sales of excellent quality, these stores put out a big spread to continue their first place in this region.

You can choose a hotel at the peak of the city, a good compromise after the rush. You will find peace in the back country at the end of the day (which is an accessible luxury) composed of wonderful small hotels masked in the scrubland, eg: the hotel ” La Lune de Mougins “, at the edge of a swimming pool lit by candles. With your drink, you will spend restful evenings in the company of cicadas. Make no mistake, if Mougins or Valbonne shelter a vast community of British people, it is a little bit because they once made the choice to emigrate to paradise.

If you want to live a totally crazy experience, with some luck you will be able to attend the Tour de France, which passes through the area, with its noisy procession. Plan two hours on the edge of a road between two villages, to see the passing of the champions with their wet shirts. 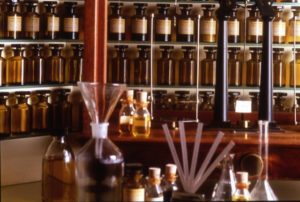 To visit Grasse is kind of paying tribute to this capital of perfumes. The Galimard perfume shop offers a free visit to their museum, and sells its fragrances at factory prices.

Saint-Tropez is a place in which you should stop, especially in the summer (plan board games during the traffic) and patience to find a place in pay parking lots! But there are constant memories there that remain in the air, one after parties, when one has extra time on beaches : La voile rouge. And the old harbor which is used as a tie to yachts from which arrogant creatures in evening dresses with glasses of champagne in hand disembark, all this while you savor the divine home-made ice cream from Barbarac at 4 euros for flavors.

Marseille is as well surprising as disturbing, it plays colin maillard between its traditions and its ethnic wealth. Visit restored old harbor and its emotional old districts. Marseille should be smell and feels. In any case the Marseille of former days has not faded, the city is there and vibrates under the cobblestones. The new renovation works in the city is as a new seismic plate. Marseille represents ambiguity: indomitable and adaptable at the same time. 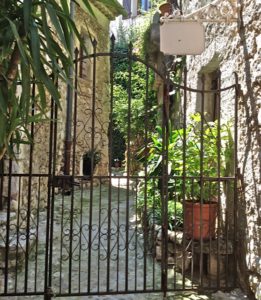 Saint-Paul of Vence is just a small diamond that seems to rest in an unreal jewelry box: it is the height of the back country of Nice. This citadel overhangs naturally between heaven and earth and the city is suitable throughout the valley on the acoustic plan. At the entrance of the village, the hotel ” La Colombe d’Or ” prepares the visitor for the sublime. Far off, the sea does not go away too much either. This place could be an artist’s dream. Its doll houses, its tiny patios, and its alleys of bewitching cobblestones offer the visitor a memory outside of time.

Nice is a generous patchwork. In this city, you can find almost everything you may have dreamed about. Mythical hotels: the old mansion of Sacha Guitry ” Le Petit Palais “, stunning restaurants ” Le Safari ” and its flavors of the South, the historic visits, old Nice: a real Aladdin’s cave, which abounds in diverse and varied shops you can find the real leather made from a leather store in Florence that has inexpensive prices: shop ” Ponte Vecchio. ” The long promenade by the sea is known to be romantic as well as animated.

To go to the Principality of Monaco, you can choose the bus and take advantage of the magnificent seaside. And for the return, take the train which crosses the mountain quickly, because of all the employees who are returning from their offices. Other than the private events that are very frequent at the Casino, it is not guaranteed that you can approach what you want and even less visit it.
Two more beautiful places that one should visit on this rock which is place certainly one of the best spots in the world, are the botanical garden and the aquarium.
One deserves to linger in Monte Carlo: modern buildings and mansions sprinkle the sides of the hills, are appear to be piled on top of each other, big luxurious balconies off of the bedrooms are directly across from the kitchen windows of the neighbors. The bathroom window is against the boudoir window of the neighbor. It is a “shantytown for millionaires.” The main street, built like a true highway dedicated to the Grand Prix crosses this mishmash where the price of each square meter does not only rise, but is also selected by the upper layer of the elite. From your window that faces the south coast, you can always enjoy an impressive view of the rest of the sea. From the north coast, you have access to the Grand Prix that passes right in front of your living room window ?!