The “Passage du Désir” is si..." /> Passage of the desire in Paris – French Quarter Magazine 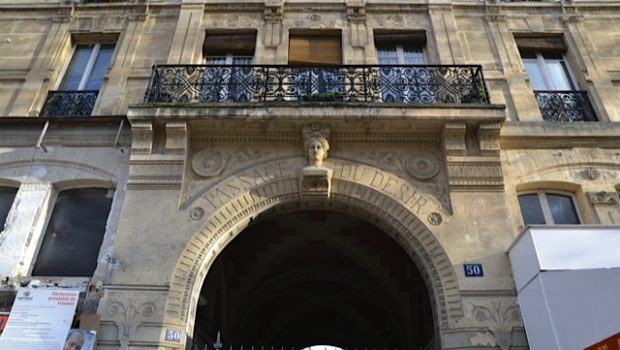 The “Passage du Désir” is situated in the 10th District and belongs to the district of “la Porte Saint-Martin” and “la Porte Saint-Denis” the famous Louis XIV gates to the old city of Paris. It begins, 89 Faubourg St-Martin street and finishes in number 84 of Faubourg St Denis street. It is a 210 meters long street with a 5 meters width.

Is the desire a virtue? Can we find a place for it in a display of the “moral” streets of Paris. We shall bet that the answer is positive, thereby we shall stay in good company! 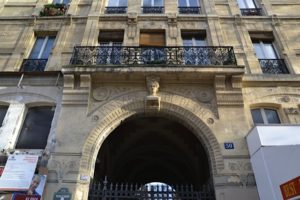 Let us listen to famous Bossuet, Bishop of Meaux, nicknamed in the time of Louis the fourteenth, the Eagle of Meaux: ” There is in mind of the man a desire eager for eternity “. That is what should reassure all those who would tend to reduce the desire to doubtful, human, too human drives.

But also, we are supported in our claim to make of the desire a virtue, by Sigmund Freud, the inventor of the psychoanalysis: “the energetic man and who he makes it, this is the one who succeeds in transforming into realities the whims of the desire. ” It is to say that the desire is the mobile of ambition and that it is of the domain of the vital energy.

Thus here we are reassured: this “passage du Désir” is actually a part of the batch of Paris virtuous streets. A last argument sends back to the display of another street that joined the “passage” on its middle at the end of the 18th century: by this time, the “Passage du désir” was bound to the “rue de la Fidélité” (street of the Loyalty). This close and nice relationship which associated two virtues that are additional because necessary for the intensity and the success of a long-term married life, definitely shows the virtuousness of “Désir” to those who would be doubtful. So firmly associated with such a great virtue “the loyalty”, the desire could only be a virtue as well. 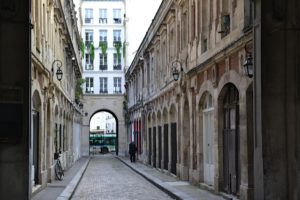 However, let us be honest: at that time the “Passage du Désir” did not carry this beautiful name! Until 1789, it was known under the name of “Passage du Puits” (passage of the well). There were reasons in it more solid than the name of “Désir” which will later be given to it. Indeed, in this “passage du Puits” were at least three wells which had long before been sunk and which were blocked or no longer exploited in the 19th century.

In 1789 thus, the” passage du Puits”, became the “passage du Désir” at the request of its inhabitants and remained closely associated with the street of “la Fidélité”. The modernization and the extension of Paris in process in the middle of the 19th century, the destiny of the passage and the street were separated because of the drilling of the “boulevard de Sebastopol” (boulevard of Sevastopol).

This sector of Paris, in the North, was the object of multiple constructions and ceaseless restructuring in a time when modern Paris emerged from old Paris, that of the Middle Ages and from the Ancien Régime. The “passage du Désir”, went cut in two parts by a narrow street in a first time, then frankly by the “boulevard de Strasbourg” the plan of which extended that “of Sebastopol”: on top of these transformations, not far from the passage two gigantic stations were established: “Gare de l’Est” (the East Station) and, “Gare du Nord” (the North Station). 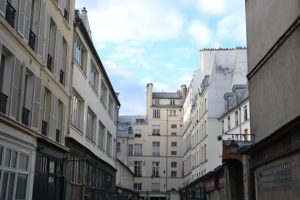 “Boulevard, avenue, rue, route, passage, chemin, impasse, square, place… » the Parisian places names is organized around a restricted number of general terms. “Passage” corresponds to two sorts of ways, the ones correspond to the former organization of the city, the others to a very particular category of commercial spaces. In short let us say a word on the latter: in the course of the 19th century were created numerous commercial streets protected by canopies. They were dedicated to pedestrians exclusively and prohibited to any means of transportation. It was “shopping malls” before the term existed, very active because of the enrichment of the Parisians and very convenient in a time when streets were not paved. The enthusiasm for this type of passages disappeared when the pavement of streets became systematic, when the pavements of the newly drilled boulevards and avenues showed to be very wide and finally when appeared the department stores during the last part of the 19th century.

The other category of “passage” often corresponded to privately owned ways which connected public highways. The maintenance of these “passages” thus belonged to private persons, the other streets being supported at the expense of the city of Paris. The passages of this sort were generally closed or under the supervision of “gatekeepers”. Only the occupants or people who had been authorized could penetrate. These passages were not very popular by the royal and imperial authorities. The revolutions of 1830 and 1848 had taken all the more scale as the rebels knew how to use the passages to escape the cavalry. Leaving a barricade, running through passages, the revolutionaries found themselves a little farther and sometimes in the back of the troops combatting them.

Curiously, an evidence that the construction of the passage did not take place in an uniform way, both sections are not alike at all. One part (the western part) is established in the form of a very homogeneous set of two-storeyed buildings over the ground floor. The style is elegant there and gives the same impression as the famous “rows” of London, succession of buildings conceived on the same model on a whole street on both sides of the street. The construction is brick-built. We find in this part of the “Passage du Désir” two fountains on both sides of the entrance gate that opens onto the “boulevard de Sébastopol”. Both entrances of this part are formed by buildings dating 1856 of which facades are decorated and the entrance gate is surmounted by a head carved “in classic art style”. Is it the figure of Cérès, the goddess of the harvests? It is not impossible, the face of Cérès was famous in France as it had been chosen to illustrate postage stamps?
The other part of the passage is protected by a simple railing the opening of which being subjected to a digital code. It is established by buildings of very diverse constructions on a way the pavement of which is unrefined and separated. The space of the way and the pavements allows an automobile access and serves as parking lot for the residents.

To end on the “passage du Désir” story, we shall indicate, what can seem poorly virtuous, that certain evil spirits people insinuate that the passage was named by the name of a brothel that was very conveniently established close to streets where there were buildings for the officers of the Napoleonic armies. This brothel would have been called the “hôtel du Désir”. Pretty much adequate and attractive name for an hotel of this sort.

Today, the” passage du Désir” is within a district of Paris where stores and residents are rather widely of African origins.