The street is situated in the 10t..." /> Loyalty Street in Paris – French Quarter Magazine 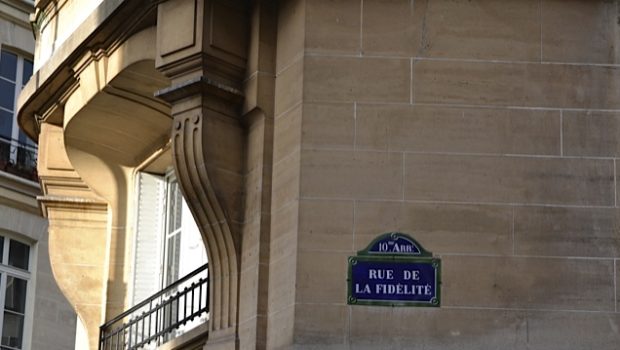 The street is situated in the 10th district of Paris, near the Saint-Denis Gate and the Saint-Martin Gate, both famous gates of the old Paris erected in honor of King Louis XIV in the style of ancient Roman arches. It begins at number 75 of Strasbourg Boulevard and ends at number 94 of “Faubourg-Saint-Denis” Street. Its length 113 meters. Width 15 meters.

It is interesting to find that the street “La Fidélité” is just a step away from the “Passage du Désir” (passage of desire), which is described at the entry to “Paris la Morale, Paris la Vertu”. During a short time at the end of the 18th century and the beginning of the 19th century, both were very close. Actually, nothing separated them more than their origins. We say that the “Passage du Désir” might have gained its name thanks to a hotel for prostitutes, a brothel as we say in vulgar language or a “hotel garni,” to take back the beauty of the official expressions. It is absolutely not the case that at the same time, “la Fidélité” street owed its name to its proximity to a very famous and ancient religious institution: The Community of the Daughters of Charity, “La Communauté des Filles de la Charité.”

The street “la Fidélité” opened in the 10th year of the French Republic, year 1797 in the Gregorian calendar. This opening was confirmed by an “arrêté” on the date 4th nivôse of year VII (1799). This sector became “Parisian” when “the Suburbs” were integrated into the Paris administrative area during the Second Empire. The geography of the north of Paris was considerably disjointed until Paris’ integration of this land called “hors les murs” (“outside the walls”, i.e., outside of the limits of the Paris urban administrative and tax district which was materialized by a wall circling the Capital city).

From the end of the 19th century until the beginning of the 20th century, there was only the drilling of boulevards, demarcations of new streets and deletions or reductions of old ones. In particular, numerous streets were constructed within an immense estate called “Clos Saint-Lazare,” which belonged to the above-mentioned community. This property was important enough such that it was possible to settle near the Saint Lazare Hospital, two of the powerful Parisian stations serving provincial towns and foreign countries.

In this big movement of reorganization of the north part of Paris, the street “Fidélité” appeared. It was constructed mainly on the former lands of the Congregation when they were put on sale during the times of the French Revolution. Saint-Laurent Church, which was very close, had been renamed by the Revolutionaries: the “Temple of Marriage and Loyalty” (le temple du Mariage et de la Fidélité). Thus, the street was named “rue de la Fidélité“ (street of loyalty). It passed over the cemetery which extended around the church. Is it ironic? Today, the street of “la Fidélité” has been connected to “Du Paradis” (paradise street)! 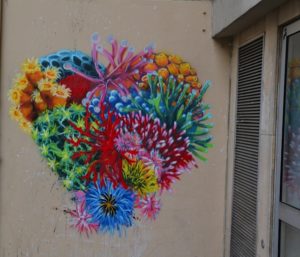 Today, the street “La Fidélité” is a side street of the 10th arrondissement, which presents very Parisian aspects and funny times. It is not a very long street. The street is bordered by residential properties, buildings designed for residential use and intended for the rent. In general, they were built very simply with wooden frames at the end of the 18th century and the beginning of the 20th century. Some buildings were built “en dur”, that is “in stone,” with this very beautiful limestone of Paris with a color that is slightly yellow and gives orange reflections under the beams of the evening sun.

It is occupied by numerous stores and “African” restaurants. This sector is, indeed, a place of residence and business for communities coming from Western and Central Africa for the most part. 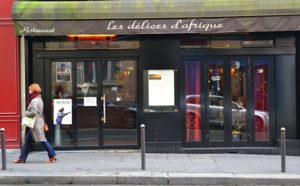 Because the street “la Fidélité” is near two important stations, North and East stations, the district where it is situated is open to nearby countries, from the United Kingdom to Germany. So it welcomes a great number of restaurants and hotels.

Among the latter, one presents a funny and nice peculiarity.

It is called the “Grand Hôtel,” and as you will notice in the photo, under the brand name of the Grand Hôtel, there is a little subtitle, a little slogan, with letters in red, you can see the word “Love.” At night, this mark is even more attractive. In the street of “la Fidélité,” is the “faithful” love honored? Or, is it with a wink that: in the street of “la Fidélité” love has all the rights?

It is up to you to decide. As for me, I tried to understand: I invited myself into the reception of the hotel, and I asked the question to the receptionist. I got no answer! Surprising or simply commonplace: what answer would have been possible?

Let us be less frivolous! The church which we see in the outlet of the street of “La Fidélité” is one of the oldest in France… The church of Saint Laurent was established during the 6th century. Its shape we see in the photo is obviously not the one dating back the origin of the kingdom of “the Francs”. The shrine had been ceaselessly destroyed, reconstructed, amputated, lengthened during 1000 years. Nonetheless, 1,000 years later, it is there, faithful to the land and to the inhabitants.