If you had the opportunity to rea..." /> Streets in Paris : Good News Boulevard and Good News Cul-de-sac – French Quarter Magazine

If you had the opportunity to read the monographs concerning Loyalty Street (rue de la Fidèlité) and Paradise Street (rue de Paradis), you inevitably met the nuns attached to the convent of the “God-daughters” (“Filles-Dieu”). We shall find them briefly on Good News Boulevard. 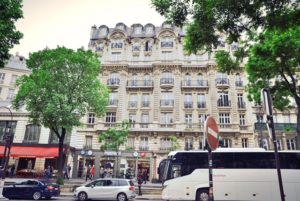 Situated partly in the District 10 and partly in District 2, it is not very impressive as a boulevard! It is wide, 35 meters at least (when it was designed, four coaches were possible to drive frontally and it was framed by two service roads) but not long, 347 meters, although a little longer than its neighbour, Saint Denis Boulevard. Contrary to the latter which benefits from the magnificent “Saint Denis Gate”, no exceptional monuments or buildings are standing there. Nowadays, it is an urban street which bears a very important traffic, as a part of the big avenue called “Grand Boulevards” which serves Paris from East to West. The traffic there is intense with noise and exhaust fumes.

In order to understand “the economy” of “Good News Boulevard”, it is good to go back to the reign of Louis XIV. He decided “to downgrade” King Charles V ramparts constructed from 1370 till 1382 as well as those of Louis XIII. They were very degraded and finally presented not much efficiency for the defence of Paris. The voluntarist town planning scheme which “le Roi-Soleil” launched, intended to transform the old fortifications and their emprise lands into a vast “course” which would make the tour of the Capitale by the North and which would be organized so that the Parisian onlookers of any kind and any social origin could relax. The construction work of the boulevard was thus launched under the responsibility of the architect Pierre Bullet and, for the most part, finished in 1705. Good News Boulevard is a small section of the street which the Parisians quickly named once completed: “Grand boulevards.” 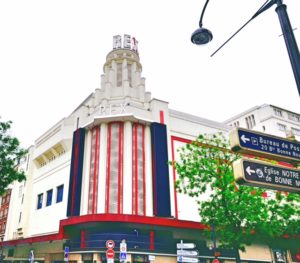 Up to the sixties, they were a Mecca of Parisian life, theatres, cabarets, panoramas, restaurants, “gargotes” of many kinds offered their entertainments, their menus and their wines across hundreds of meters. We say that for Hemingway, Paris was nothing else but the “Grand boulevards”! In the West part, there were only magnificent mansions and beautiful houses belonging to members of French aristocracy and Finance. Lot of very beautiful architectural pieces are still remaining there. In the East part, of which our boulevard is a part, the charms which Parisians and foreigners had been looking for are still there.

Why has this small section of the “Grands Boulevards” been named: Good News Boulevard? A church built within the old fortifications had been named (and still is) after this beautiful name, is that a sufficient reason? Not sure! Was this related to an administrative demarcation which imposed different names for different sections of the Grands Boulevards? Possibly. Let us say that the story and the circumstances of its construction deserve to be told. 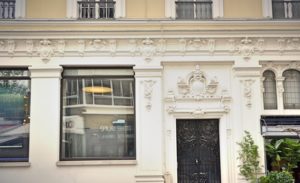 Good News Boulevard was initially built in trenches. In fact, it crossed what was named the “Mound of Gravois new city”, whose name came from the fact that it was the “fruit” of the accumulation of garbage and residues (in old French: gravois) of construction. Numerous “mounds” of the same type existed in Paris, where as in most of the cities in ancient times there was no organized evacuation of the garbage of any kind and where the equipment in sewers was rudimentary. In the course of the centuries, these garbage dumps became mounds, then hills and were sometimes qualified as “mounts or as mountains” so impressive was their accumulation. The “Good News Mound”, or “mound of the Gravois new city”, was a cesspool where only “beggars” of the poorest variety agreed to live in spite of all the efforts of the kings. It was “a focus of stench” and was perfectly unhealthy. It is thus through these piles of garbage that the Good News Boulevard was dug at first. Then, the mound was “deposed” in 1709. Not less than 15,000 workers were used to level it. This place became more peaceful. The carpenters who had already invested the grounds of the Saint Antoine Abbey came to settle down first. Small houses were built there for working people or for pleasure. In the surroundings, during the 18th century, in the vicinity of the Cléry, Cairo and Aboukir streets, elegant mansions were raised. A last earth-moving took place in 1832: the boulevard absorbed some neighbouring side streets. 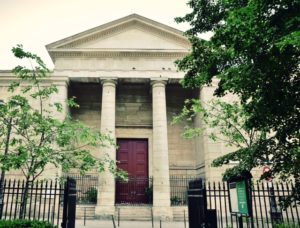 Then Good News Boulevard lived its life of “Grand Boulevard”: it was paved in 1778, a considerable luxury for pavements were still very rare within Paris! The town gas was installed in 1826 and from 1828, its pavements saw the first horse-drawn local train in Paris which connected Madeleine Square to Bastille Square.

This district, nowadays, is more industrious than residential, it is named “Le Sentier” (the path) after the name of “Sentier” Street. There is a significant number of commercial and industrial firms in women’s fashion: wholesalers and manufacturers, traders of fabrics are settled there. Just a step from Gare du Nord (the Northern Railway Station) and Gare de l’Est (Eastern Railway Station), it is very lively.

Connected to the Good News Boulevard there is a dead end (cul-de-sac) which bears the same name (Impasse de Bonne Nouvelle); its origin dates back to 1650 with a “cul de sac” which bore for a while the name “Cul de sac des Filles-Dieux” (God-Daughters Cul-de-sac). For a long time, it was a garbage dump. Today, it is lined with basic and banal buildings and in its midst with an abandoned field which probably awaits a building permit.

This article was proofread in English by Aubrey Wadman Goetsch.