The street unravels itself throug..." /> Street of Paris: The Street of Charity – French Quarter Magazine 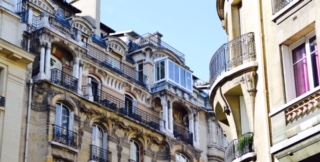 Street of Paris: The Street of Charity

The street unravels itself through the 8th arrondissement of Paris. It is a beautiful and classic street. it’s not too wide, just 12 meters, and is lined with stone buildings. 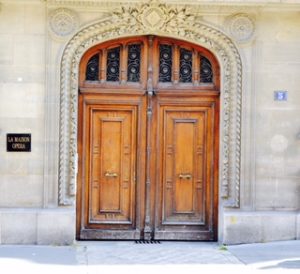 In most of the cities in France, but also, I am sure, in most of the other countries in the world, there are streets named “charity.” The origin, of course, relates to the moral virtues of the population as well as religious nationalities. Often the name comes from a religious or secular institution that was established to perform charitable works and distribute its assistance to the poor and needy. More rarely, this name comes from the actions of a person who made a lasting impression on his neighborhood by the attention he gave to others.

Why, in these conditions, would the street be named “charity,” instead of taking on the family name of the founder of such benefactions? It may be necessary to think about how a true humanitarian doesn’t hold the posthumous glory of a street name. It may be necessary to imagine that the modesty characterizing the latter, and of how his friends and family had the delicacy not to label his name on the very scene where he had exercised his charitable activities. 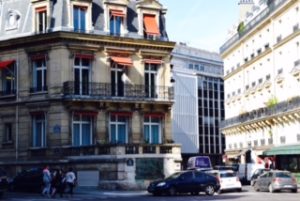 As for the street called charity in Paris, this was exactly the case. The benefactors name was Goetz, he was a Doctor and he devoted himself to the cause of the poor until he died. He disappeared in 1813. Shortly after, the street took on the name that it kept right up until just recently.

It’s not a very remarkable street. It is ancient because it’s mentioned in a blueprint of Paris dating back to the middle of the 18th century. It was very short until the time of the French Revolution. Where upon it was decided to increase its length by leveling the ground so that it joined one of the streets called “la rue du Rocher” or “the street of the rock” which descended from “le plateau de Monceau” or “the highland of Monceau” towards the Seine.

Charity Street was born “administratively” in 1793. Under the name of “la rue de l’Observance” or “the street of the observance” in reference to a convent of the observance installed there at the beginning of the 18th century. Then it took the name “Rovigo.” A little while later, more than two hundred years ago, it was attributed with its “modern name.” 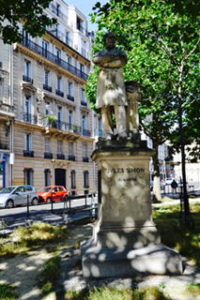 Charity Street crosses Messina Avenue, just a step away from Monceau Park and its famous “Golden Gates.” Today we could say that it is a border for two symbolic districts of modern day Paris.
In the North, we shall find the very bourgeois, very “posh,” and very chic neighborhood called “plaine Monceau” of “Monceau plain” which, since the middle of the 19th century, has been graced with private mansions, towering buildings, and very large, generously embellished avenues lined with rows of trees. To the South, is the older neighborhood of Faubourg Saint Honoré. It was built in the 18th century, where there were not only the most famous luxury shops, but also the places of power. “Le Palais de l’Elysée” or the “Elysee Palace” and all the major embassies. Charity Street is both discreet and peaceful, a mixed residential neighborhood and business district where one finds law firms and departments of investment banks.

In contrast to Messina Avenue, facing its intersection with Rock Street, our street begins by following one of the rare “metallic” churches of Paris. The Church of Saint Augustin was indeed constructed by the architect Victor Baltard. Also the designer of the grand iron pavilions that were installed at Les Halles (Paris’s central fresh food market), until their transfer to the southern suburbs of Paris in Rungis. Extremely daring, Baltard choose to construct the church on the basis of a metallic skeletal framework and to come up with some radical innovations in regards to the methods of construction. However, on the “stylistic” side, topping the building with a gigantic dome is of a “syncretic” style associating close to all the possible forms of all the periods since the Byzantine empire right up until the “Jesuit style!”

Besides the Church of Saint Augustine, numerous private mansions decorate the street. Most of which were built in the 19th century, The Hôtel de Broglie, Hôtel Van Blarenberghe, and Hôtel de Ribes. They were homes to aristocrats, bankers, and half-worldly’s!

And what ever happened to the house of Dr. Goetz? It disappeared, fell victim to the expansion of a primary school!

This article was proofread in English by John Wilmot.