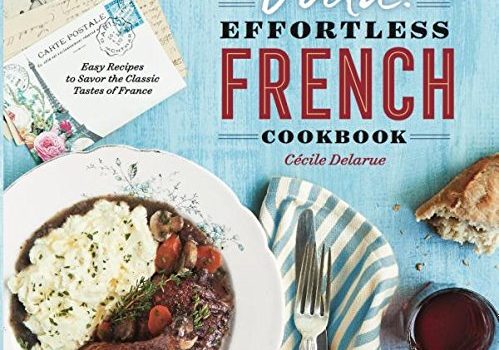 Become French and Parfait thanks to Cécile Delarue 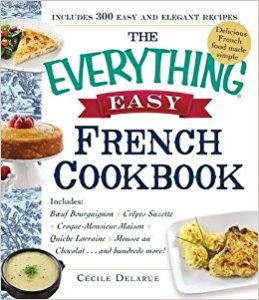 Yet, Cécile Delarue started her career far from the gourmand universe, covering news, social trends and criminal cases for the French television for among others TF1, France 2, M6 and BFM TV. Since then she has added many strings to her bow, combining the caps of journalist, foodie, blogger, writer and even voice over for the cinema.

After her installation in Los Angeles in 2010, where she is a local correspondent for French TV, Cécile Delarue creates her blog blog French and Parfait, which offers French recipes and videos in English concocted with charm and humor.

The young woman wants to share her taste of good things and make French cuisine often perceived as complex, more accessible. She does not stop there and publishes a first cookbook, then a second one and the success is there because she demonstrates “that everyday French cooking is simple, quick to make … and always delicious! “.

Her books are perfect for Americans who want to discover our gastronomy or for French installed in the USA who wish to make their favorite recipes with the local ingredients. Thank you Cécile for sharing a moment with us!

You started your career as a TV and investigation journalist. How did you come to the universe of foodies in addition to journalism?

I wanted to talk directly to the American public. It had been often covering the United States in my reports for the French media, and I wanted to find a way to also talk to those around me, my neighbors, the Americans. And as I love cooking and eating well, I immediately thought it was a great way to share French culture, our culinary culture, which is also an art of living, often far away from the American Lifestyle!

When you created your blog, what was your goal? Is it still the same or has it evolved?

I mostly wanted to make videos because it was my most natural means of expression, the one I used in my job for years. And then I realized that it took a huge time, a little too much in my working mom’s schedule! Today, I make live videos, which are more in line with the desire of the public, it is super friendly! And I write cookbooks.

Who is your book for?

For Anglophones who want to discover French cuisine, but also to French expats in the US who want to make their recipes like at home, but do not know how to adapt with what the ingredients available here, the parts of the animal to choose for example meat, cream, etc …

There are already many French cookbooks. How do you explain your success?

Simplicity and modesty. The idea is not to impress the reader or make him salivate with recipes impossible to realize at home, but to show instead that the every day French cuisine is simple, fast to make … and always delicious!

What are your favorite cookbooks?

The eternal Ginette Mathiot, my first recipe book, where I learned everything, an old comic book that I have been dragging since my childhood, the little books “10 recipes” from Éditions de l’Epure, and all the cookbooks of Anne Sophie Pic.

Your plans for the coming months?

I’m writing a non-fiction narrative book about the latest serial killer in Los Angeles, and I’m working on a cookbook project for kids.

And finally, one (or some) good places to recommend Los Angeles?

The books of Cécile Delarue are available on Amazon

One Response to Become French and Parfait thanks to Cécile Delarue