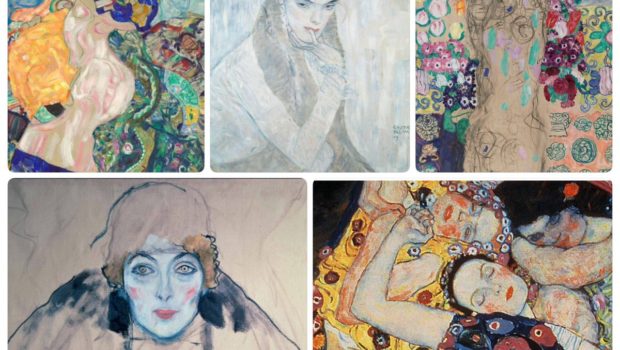 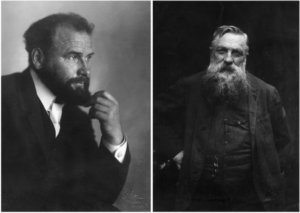 At the beginning of the 20th century, Auguste Rodin, in his sixties is at the peak of his fame. In Vienna, Gustav Klimt, in his forties is nicknamed “The King” by his fellow artists and is the leader of the Vienna Secession – one of the most innovative manifestations of Viennese Modernism. Rodin, who had exhibited several key works at the Vienna Secession in 1901, visited the exhibition in 1902 and was fascinated by its temple-like space and the groundbreaking Beethoven Frieze created by Klimt, which lead to a meeting between the two artists.

At the occasion of the 100th anniversary of the deaths of both artists, The Fine Arts Museums of San Francisco will present KLIMT & RODIN: An Artistic Encounter opening at the Legion of Honor on October 14th, to stage another encounter between the two artists for the first time on the west coast. The exhibition will be on view until the end of January 2018. 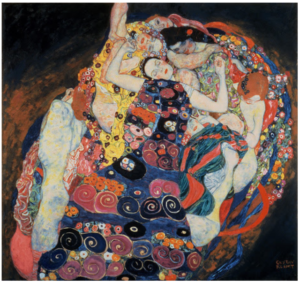 The Virgin by Klimt.

The exhibition will celebrate the legacies of these two pioneers, who each broke the reigning aesthetic boundaries of the time to find new vocabularies and create powerful agendas for modern painting and sculpture.

KLIMT & RODIN “will provide an insight into leading art developments in Europe at the turn of the century through the lens of two of its most important artists,” says curator Tobias G. Natter. More than 30 major works by Klimt and approximately 25 sculptures and works on paper by Rodin will be on display. Among the highlights will be the reproduction of the famous Beethoven Frieze (1902) regarded as the start of Klimt’s “golden period” and that Rodin admired, describing it as a “tragic and magnificent fresco”. 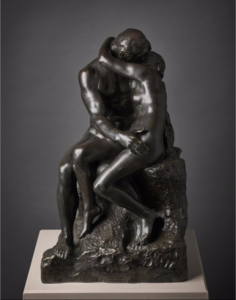 The Kiss by Klimt.

These two masters, despite their differences, in nationality, age, medium, personality, had a great deal in common: they were both fascinated by the female form, created controversial and daring works, and were considered pioneers in their medium. And of course, they both created iconic works with a single theme: a kiss. A French one of course!