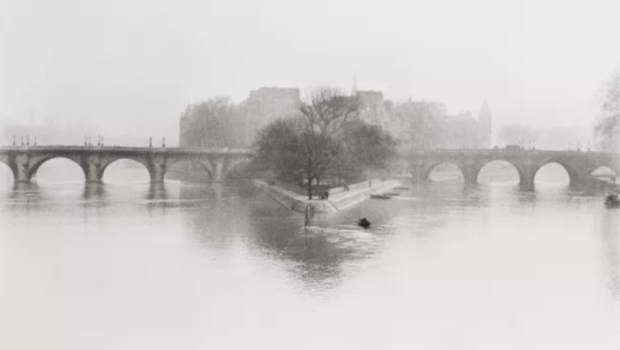 Marilyn Monroe during the filming of ‘The Misfits,’ Nevada 1960.

The collection offered next week has been touring the world through London, LA and Paris. It includes landscapes or street photography from the artist’s many travels and portraits of some of the most influential figures of the 20th century, including Matisse and Marilyn Monroe.

Cartier-Bresson began shooting on his hand-held Leica camera while traveling through Europe in 1932 and he did not plan or arrange his photographs. His practice was to capture a fleeting moment of beauty by releasing the shutter at the moment his instincts told him the scene before him was in perfect balance, “the decisive moment” — a concept that would influence photographers throughout the 20th century. There is profound storytelling and humanity in his artwork which give him that special place in photography history. 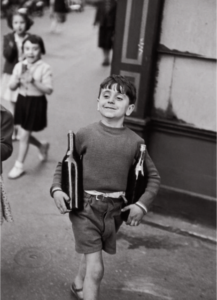 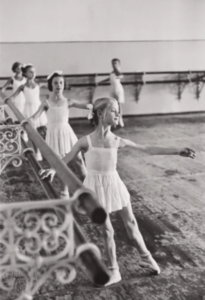 Peter was kind enough to share about his passion for photography and his relation with the artist.

In a previous interview you said “Henri Cartier-Bresson was my hero, the man who inadvertently changed my life when I purchased a print of his image Srinagar over 40 years ago.” Can you tell us why it was a decisive moment for you? 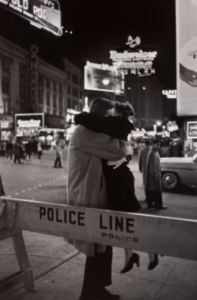 I used to be a filmmaker and I had worked in three films so I was involved in storytelling and images, but I felt frustrated because I was not in control of the whole project. Getting into photography gave me a sense of freedom and emancipation. I realized there was another way to be creative by curating. So I changed my life and it became an obsession and addiction. Sometimes you realize you need to change path to be more full field and happier.

How did you meet with Henri Cartier Bresson?

So I started to work with him and I met him later on in Paris at his place. I was nervous because he was my hero. I was surprised because he’s apartment was very simple: there was not one photo of him. He was very secure and did not have to lay out his work in his home. He had just a few drawings by Matisse and Giacometti. I felt he was so humble and at peace.

How do you feel with the parting of this collection representing 40 years of collecting?

It is a strange experience and I think that in 10 days I will be sad but I also realize that these works will still be a part of me. I’ve learned from them and now I let them go out so a new generation can experience them. I’m also supporting a younger generation of photographers and I will use these resources to do so. I feel this is in line with what Henry and his wife Martine would have wished. That’s why they have created the Henri Cartier Bresson Foundation, to show and support younger artists.

Talking about younger artists, what do you think about the evolution of this medium in the digital era?

Well I cannot relate to the digital photography but I relate to a younger generation of photographers who still works with the traditional techniques. There are still enough of them who still go in a dark room working until they can make the perfect print. All collecting is an expression of your taste and mine is towards this more human and traditional approach.

Do you have a favorite photo of him and if yes why? 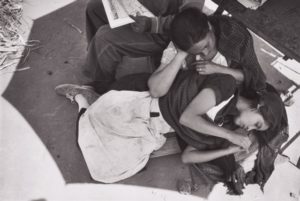 It’s a question I get a lot and of course I love them all that’s why I collected them. But if you twist my arm, there is probably one that I like fondly: it’s the photo of a mother and child in Mexico who sell newspapers on the street. I love the composition, the light, the tenderness. It is beautiful and heartbreaking and looks like a great old master painting.

An anecdote about him?

Well, before I met him I was nervous because he had a reputation of sometimes not being friendly and that he could pretend not to speak English when he didn’t want to talk with someone. But then I noticed that his English accent was absolutely perfect. So I mentioned it to him. He winked at me and told me “I had an English nanny!”

For further information about the auction www.phillips.com

To visit the Peter Fetterman Gallery in Santa Monica