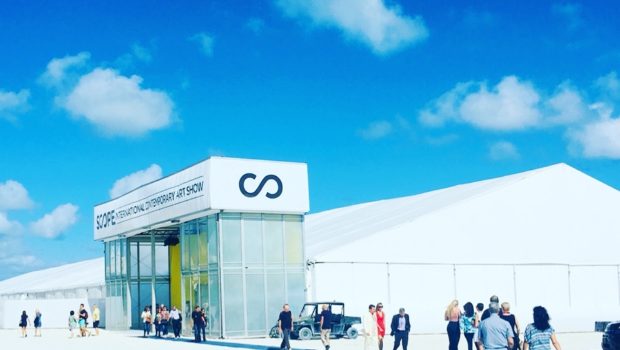 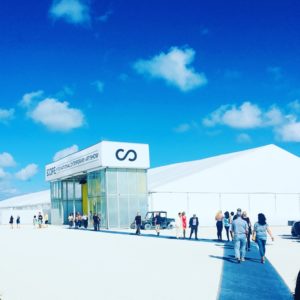 For nearly 20 years, the Miami Art Week happens early December and during these few days, more than 80,000 art lovers and collectors come to see thousands of works shown by galleries from around the world.

The Miami Art Week is a set of events organized on the occasion of the twenty fairs of which the undisputed leader is Art Basel Miami. At Art Basel, one can admire under one roof, stars of the art history and rising stars while crossing VIPs such as Leonardo Di Caprio or Cindy Crawford. Other fairs called “satellites” offer a mix of established and emerging artists whose main fairs are Art Miami / Context, Scope, Pulse, NADA, Untitled and Design Miami. Around these poles of attraction nearly 80 exhibitions and many happenings and parties take place to celebrate art in Miami. 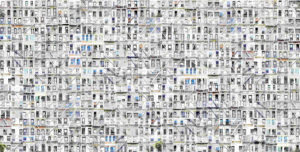 This week is becoming the most important for the contemporary art market in the USA, itself the world leader. France, which held this place in 1950, slowly lost this leadership to be in 4th place behind China and the United Kingdom. 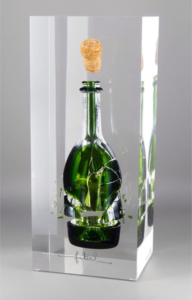 However, France is well represented in Miami: “there are a lot of galleries and French artists during the Miami Art Week but what is missing is more communication about it” notes Sophie Blachet, founder with Hélène Filipecka of the association French Arts Associates. Their association based in Miami aims to be an accelerator and a bridge between France and the USA. A mission also embraced by the France Florida Foundation created in 2005 by the French Consulate in Miami. 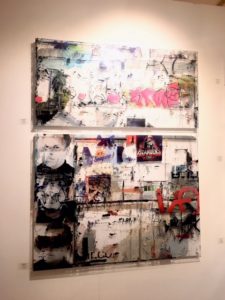 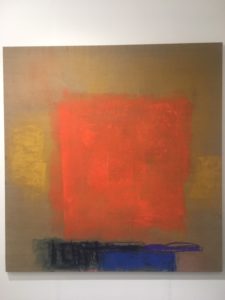 During this week, where I had the pleasure of introducing my new series of paintings, I was able to admire the work of my fellow artists and meet French gallery owners and artists. Here is a selection (far from exhaustive) of these people who contribute to spread French art.

Among the emerging artists, Virginie Barrou Planquart Gallery (Paris), exhibited at Scope beautiful sculptures by Francois Bel titled « Big Bang » whose broken objects frozen in synthetic crystal question us about the passage of time. Emmanuel Fremin, French art dealer based in New York supports the work of photographer Jean Philippe Kadzinski passionate about New York. Nil Gallery founded only two years ago by young French dealers, holds a pool of talented international artists and was present on two fairs « we are probably the French gallery that took the most risks ” confides its director Paul William by being simultaneously at Pulse and Context Art Miami. On Untitled Fair, DIX9 Helene Lacharmoise gallery was also supporting international artists. Azart Gallery founded in New York by Latifa Metheny, showed at Scope the French Abstract painter Carole Jury whose focus is on the work of texture and light. Other abstract paintings could be seen by minimalist painter Tourage (Boulderton gallery) and Monique Frydman (Bogena Galerie – St Paul de Vence). 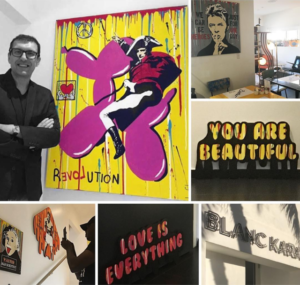 Urban art was well represented with Gregory Watin, whose mix media works could be seen in no less than three galleries among three fairs (Pulse, Scope et Context) and Le Closier, in a solo show « Pop Icons » with his recent colorful artworks. Lelia Mordoch gallery (Paris, Miami) displayed paintings by Jules Dedet Granel, called L’Atlas, street artist inventor of “Poptic’art” whose Agnes b is a fan and collector. 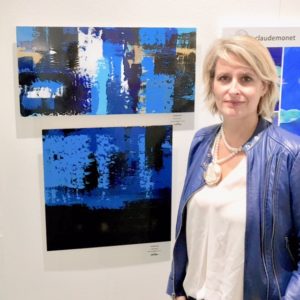 As for sculpture, Capucine Safir, based in Miami, exhibited her delicate works at Superfine Fair “the object of my work is to transform reality and to give softness and sensuality to my sculptures”. On Art Miami, 55 Bellechasse Gallery successfully offered international artists and Markowicz Fine Art (Miami) who supports the French star sculptor Richard Orlinski, has placed several pieces of the artists Idan Zareski, Cédric Bouteiller and Sébastien Preschoux.

At Art Basel Miami, among the 200 galleries, 24 were French with of course the famous Perrotin Gallery. It was possible to admire masterpieces signed by Pierre Bonnard, Louise Bourgeois, Pierre Soulages, César, Cézanne or Nikki de St Phalle and the works of rising stars with diverse universe such as the textile artist Caroline Achaintre, the painter Jules de Balincourt, the sculptor Fabrice Ainaut or the photographer Valérie Belin. 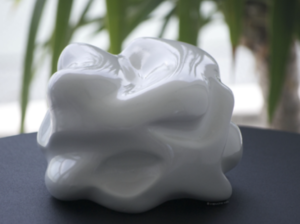 Of course the quality matters before the “French” label and many French artists or gallery owners, feel multicultural, living on several continents, getting influences from around the world and working in various mediums. In the end, beyond economic considerations, because indeed art is an asset not to neglect for France, is it not the ultimate goal of art to be universal?