Léopold Sédar Senghor, was born on October 9, 1906 in Joal, Senegal, and died on December 20, 2001 in Verson, France. He was a poet, writer, statesman, then Senegalese and first president of the Republic of Senegal (1960-1980) and he was also the first African to sit in the French Academy. He was also a minister in France before the independence of his country.

From Ngazabil to the French Academy…

After studying at Ngazobil (between Mbour and Joal) and Dakar (Senegal), Senghor obtained a scholarship to continue his studies in France. He arrived in Paris in 1928. This marks the beginning of “sixteen years of wandering,” according to him. He studied in preparatory literary classes at Lycée Louis-le-Grand (thanks to the help of the Senegalese deputy, Blaise Diagne) and also at the College of Arts at the University of Paris. In Louis-le-Grand, he meets Paul Guth, Henri Queffélec, Robert Verdier and Georges Pompidou, with whom he befriends. He also meets Aimé Césaire (writer and French politician) for the very first time. In 1931 he obtained a degree in literature.

In 1935, he was the first african to be admitted to grammar aggregation and became a teacher in Tours, then in Saint-Maur-des-Fossés.

Mobilized in 1940 for the second world war, he is taken prisoner and remains a prisoner of war for two years in a detention camp. At the end of the war, he began to take an interest in Franco-African relations. In 1945, a grant from the CNRS allowed him to travel to Senegal to investigate serer poetry (an ethnic group in Senegal from which he came). Lamine Guèye, Senegal’s deputy to the French parliament, persuades him to engage in politics at his side. Senghor is elected to represent the electorate of the 2nd college, that of the underrepresented country people. In 1946, he participated in shaping the texts of the future French Constitution. He marries Ginette Eboué, the daughter of the governor general of the AOF (French West Africa).

In December 1980, Léopold Sédar Senghor retired from politics and moved to Normandy. He leaves power to his compatriot Abdou Diouf and will now devote himself to culture. He will become honorary doctor of many universities.  After being named Prince of Poets in 1978, he was elected to the French Academy on June 2, 1983, in the 16th chair, where he succeeded the Duke of Lévis-Mirepoix 25. He is the first African to sit at the French Academy. Which sounds like a consecration of the whole of his immense poetic work.  Well-rounded poetry  Senghor’s Poetry synthesizes African and European traditions. It is indeed based on the chanting of the incantatory word and is built on the hope of creating a Civilization of the Universal, federating the traditions beyond their differences. His poetry draws Its imagery and symbols from the African world and at the same time the author knows how to explore the liberated verse of modern poets. His poetry remains an integral piece in the fight for the rehabilitation of the black man. With Aimé Césaire, Senghor launched the reflection on “negritude”. In 1948, his New Anthology of French-language Negro and Malagasy poetry, preceded by Jean Paul Sartre’ Black Orpheus, appears as one of the most beautiful manifestos of Negritude. Respected by Africans as the man who did not deny his origins, he is now considered by French intellectuals as one of their own.

Rhythm is at the center of Senghor’s poetry, and this rhythm, stemming from African oral traditions and the “tam-tam trance”, is sometimes disconcerting. While his first collections, although lulled by this musicality and these rhythms which were truly inspired by his African soil, are also a part of a French poetic tradition and not in the tradition of “negro” poetry, Nocturnes opens a new poetic era. The rhythm, with its richness of the languages ​​and civilizations of black Africa gives full meaning to poetry and lyricism. With this collection “only the rhythm causes the poetic short-circuit which transforms the copper into gold, the word into verb”, it “generates not only the melody but also the image by its iterative, and therefore evocative, creative impulse. “.  Close-up on Shadow Songs  Songs of Shadow is a landmark collection in the history of poetry. An attentive reader of Claudel, Saint-Joseph Perse and the surrealists, Senghor gets closer to them through the spirit and sense of the image. But the African influence largely dominates in these writings where the tam-tam is always used as the backbeat. The Senghorian melody borrows its rhythms and intonations from oral poetry and the music that accompanies it.

Senghor actually accumulates in Memories of Shadow memories of a distant past, especially covering the first seven years of his childhood, a period that has not been affected by external corruption. The poet succeeds in resuscitating his innumerable Edenic moments to recover, at the present time, from the psychological imbalance which shakes him. Indeed, Chants d’Ombre was composed in France at the time when Senghor was led to pursue his higher education. His presence in the colonizing country sows discomfort in his soul. In addition to suffering from his condition of exile, placing him far from his own soil, the poet also faces an identity crisis exacerbated by the ignorance and contempt of his “blue-eyed brothers”. Indeed, the latter had refused to the African any ability of aesthetic judgment, or any aptitude for scientific modes of knowledge. Their judgments on the whole reduced African civilization to a primitive state, thus marking its inferiority to Western civilization, if not its non-existence. And at a time when Senghor was working on his first poems, the enterprise of annihilation of African civilization, in favor of Western rationalism, was still in full swing in the extent of the colonized countries. And now the black poet, placed in the middle of two antinomic situations, with the will to assert his identity in a world hostile to his civilization, had to announce their coexistence. At first, Senghor set himself to the task of manifesting the values ​​of black culture in all its aspects. To do this, he proceeds to a return to the sources to restore the umbilical link that once existed between his people and himself…

Woman, place your soothing hands upon my brow,

Your hands softer than fur.

Above us balance the palm trees, barely rustling

In the night breeze. Not even a lullaby.

Let the rhythmic silence cradle us.

Listen to its song. Hear the beat of our dark blood,

Hear the deep pulse of Africa in the midst of lost villages.

Now sets the weary moon upon its slack seabed.

Now the bursts of laughter quiet down, and even the storyteller

Nods his head like the child on a mother’s back.

The dancers’ feet grow heavy, and heavy too

Come the alternating voices of singers.

Now the stars appear and the Night dreams

Leaning on that hill of clouds, dressed in its long, milky pagne.

The roofs of the huts shine tenderly. What are they saying

So secretly to the stars? Inside, the fire dies out

In the closeness of sour and sweet smells.

Speak around us as parents do when the children are in bed.

Let us listen to the voices of the Elissa Elders. Exiled like us

They did not want to die, or lose the flow of their semen in the sands.

Let me hear, a gleam of friendly souls visits the smoke-filled hut,

My head upon your breast as warm as tasty dang streaming from the fire,

Let me breathe the odor of our Dead, let me gather

And speak with their living voices, let me learn to live

Before plunging deeper than the diver

Into the great depths of sleep. 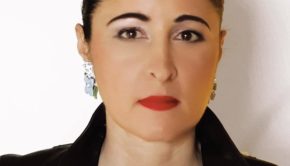 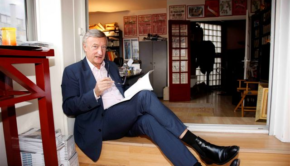