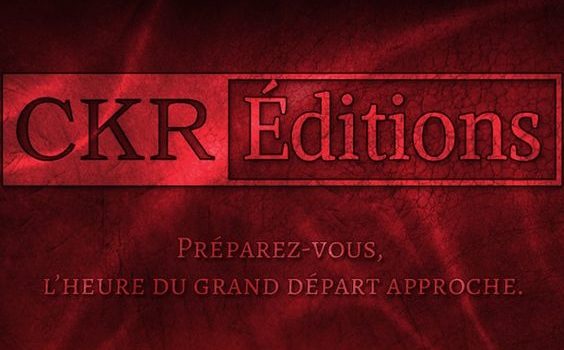 Published on January 7th, 2018 | by Isabelle Karamooz, Founder of FQM 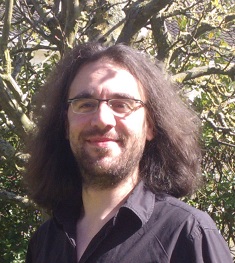 What would a good author be without a good publisher? Since 2015, CKR Editions has been well known for their fantasy fiction and science fiction novels. They’re located near Montreal in Canada. This new publishing house continues to surprise us by introducing us to two authors whose styles deserve to be celebrated. CKR Editions is proud to present Gabriel Howard Feist and Rose Berryl.

What better way to discover this wonderful world of publishing than chatting with Delphine Splingard, the Belgian native who is in charge of the French writing department. 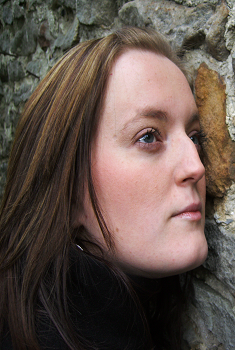 We would like to give her a big thank you for telling us about her job so passionately!

Can you introduce your publishing house to our readers?

CKR Editions is a publishing house that was founded in Quebec on May 5, 2015 by passionate readers with a deep affection for imaginary worlds. We publish between 4 and 7 publications a year, exclusively in digital format (at least for the time being).

Readers are curious to know what kind of work goes into publishing a book.  Can you walk us through an average day at the publishing house?

Tasks are varied and fit according to our literary agenda. Everything from the selection of manuscripts to the conceptualization of covers. Formatting the layouts, building business partnerships, the upkeep of our website,  promoting and maintaining correspondence with our readers, and so on and so forth. Basically, we keep really busy doing a job we love.

The general public sometimes has trouble understanding what exactly goes on in your trade. Can you explain the difference between a publisher and a press office?

Both the publisher and the press office support the authors and their work. While the first one publishes the text (while also dealing with the editing and formatting process, as well as altering any cover work if necessary) and works with the author to best represent the authenticity of the authors work, the second one sells them to the media (promoting them to journalists, columnists, literary prize submissions… etc.) to ensure maximum visibility and propagation.

How would you define the editorial line of CKR Editions?

Using a digital format we publish works of the imagination created for people twelve and up. We offer series and novels, as well as sagas that revolve around six piece collections, each of which have themes that are near and dear to us:  - Ruby Collection: This collection picks up with stories belonging to the genre known as “Dark Fantasy” (or “Black Fantasy”), that is to say that the stories develop in a very dark and almost apocalyptic atmosphere.

– Onyx Collection: These stories can be categorized under the “Horror” genre, meaning that they are almost certain to cause fear and anxiety to the readers.

– Amethyst Collection: This collection continues with “Vampiric” types of stories, with creatures such as wolves, monsters, zombies and vampires. Be careful, hemoglobin  required.

– Saphir Collection: Takes a look into the wonderful realm of “Science Fiction” (or “Dark Science Fiction”, “Space Fantasy” or “Space Opera”). It will be here that one can question new technologies, distant planets or extraterrestrial life.

– Emerald Collection: Writings related to “Fantasy” in a broader sense of the word, (Heroic Fantasy, Light Fantasy, Fantasy History, Urban Fantasy) or “Fantasy” (a totally imaginary story, but in a real setting).

– Citrine Collection: Continues with a “Steampunk” style of writing. A look into mixed engineering, extravagant mechanisms, and the Victorian era.

What criteria do you use when choosing which manuscripts to publish? How is the decision to publish something ultimately made?

To start with, the selected texts must fit into one of the molds of our collections and comply with the submission instructions on our site. They must then be well written in the French language and have the least possible amount of spelling errors possible, with good conjugation and grammar. They must also have a rich story, something that’s original and not like anything else. After analyzing the first thirty pages, our reading committee gives us its opinion. If the majority of the members are in favor of the text, we proceed to do a complete reading of the manuscript to make a final decision. We take into account its commercial potential, we look into the fluidity of the writing, as well as the fluidity of the story (we make sure it retains its vitality and richness until the end).

On a personal basis, how many manuscripts do you read per year?

About forty, beside CKR Publishing. And an annual total of about one hundred and twenty manuscripts.

What stance does your publishing house take in regards to digital production?

We only publish digitally at the moment. This choice was made for several reasons, but the main thing was to be able to offer our readership books at a lower cost, which everyone could take away without any clutter.

Unfortunately, the current situation of the book market is complicated. How do you see the future of this profession?

In my opinion, the publishing world still has (regardless of the medium used) a lot of years ahead of itself. This is because there will always be (or at least I hope) writers with an overflowing imagination, as well as people who want to lose themselves in a good book. Of course, there will be adjustments to make, but the profession will continue as long as human beings want to learn and or be distracted.

In your opinion, what place and what role do ezines and blogs have over traditional media?

A primordial place, and an increasingly important role, because magazines and blogs are the link between the” consumer” and the “producer” (regardless of the field). Moreover, when we see the importance that the internet plays in our lives today, we can only imagine that it will continue to get better for them. 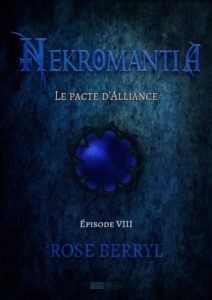 Can you tell us about your latest publications?

We are currently focusing on the publication of two authors, Rose Berryl (for her series “Nekromantia” in our Ruby collection) and Gavriel Howard Feist (for his series “The Legends of the Moïra” in our Emerald collection) .

On March 18, 2017 we released The Serpent and the Queen, the second book appearing in the series of “The Legends of the Moïra”  Synopsis: “Here begins the story of those who are about to rewrite the legends of the Moïra. Off the mainland, on a land of rugged landscapes where high mountains, tumultuous rivers and vast forests mingle. Men, Elves and Orcs try, as best they can, to preserve a precious and precarious harmony that was forged five hundred years earlier. The alliance of men and elves is gradually fading into the mists of oblivion. The bonds of the past are distending, while the old reign of terror coming from the Black Triangle and its Master are beginning to reappear from the depths of the forest, threatening the delicate balance of the whole island.” 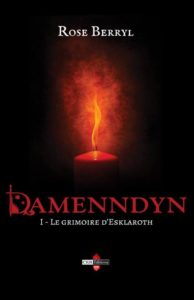 On March 25, 2017, we unveiled The Spirit of Water,  the seventh book from the “Nekromantia” series to be released.   Synopsis: “Imagine, just for a minute… That one morning you woke up in the Great World, just years after the horrible magic battle that took place between the young wizard Esklaroth and the Queen of Darkness, Melena. Everyone around you has been put into a precarious situation of most disastrous proportions. Most cities have been destroyed and the lands have been devastated. In spite of everything however, over the course time, societies have managed to reorganize themselves. Battered not only by ruthless wars, but also by betrayals and epidemics, any of which could have single handedly delivered the final blow to the any of the five kingdoms. This is where the story begins, in Belnigera, the capital of Lythuste, at the moment when King Victor X summoned his family. When a divinity warns that an impending threat will cause the Great World to sink into the darkness. They will have very little time to thwart off the demonic plots of the two most formidable enemies of the Great World, who would be happy to see all traces of life devoured by the most hellacious of magical fires.” 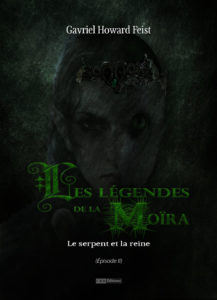 In the course of the year 2018, we plan the publication of “The gems of the Dragon God”, first volume of the saga “The Chronicles of Valkrae” of Gavriel Howard Feist, as well as the episodes 3 and 4 of its series ” The Legends of the Moïra. ”

For Rose Berryl, we expect episodes 8 to 10 of the series “Nekromantia, as well as volumes 2 and 3 of the saga” Damenndyn. ”