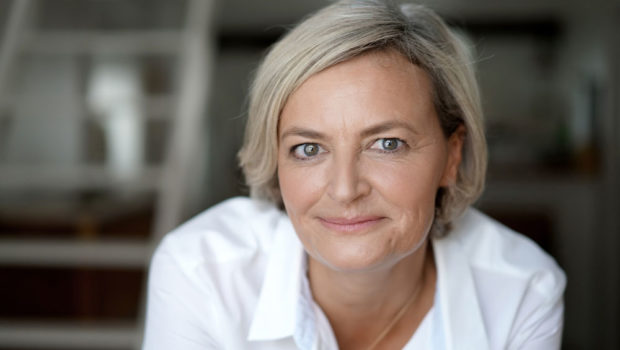 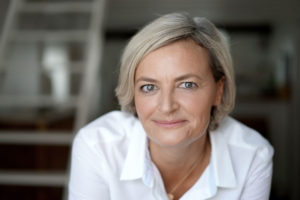 Alexia Guggémos has just published L’Histoire de l’art for the nullissimes (Art history for dummies) with the complex task of summarizing and making accessible nearly 40 000 years of creation. If the First editions asked her to write it, it is not by chance. Indeed, Alexia has combined her expertise on the subject acquired at the Louvre School with a pedagogical and modern approach. Critic of art, columnist (Huffington Post), author, she is also an expert in digital cultural marketing. In the 90s, Alexia Guggémos was already connected to the web at a time when many wondered what internet was. In 1996, she went on to create the first virtual museum: the Musée du Sourire. Being an expert in new media, she published a pioneering guide, Social media for artists. Her approach as a researcher led her in 2016 to create the Art Students Week prize to spot the talents of tomorrow. Meet a passionate about history of art resolutely turned towards the future.

How did the Art History for Dummies project come about?

It was fun to go back to basics! For the past ten years, I have been writing for a special issue of Femme Actuelle magazine, a page entitled “The words of art”, an artist is put forward in five words. For example, for Marcel Duchamp, the word “Dada”, the famous name found using a paper knife slipped randomly between the pages of a dictionary. Or for Jean-Michel Basquiat, the pseudonym, “SAMO”, the acronym for the English expression “SAMe Old shit” … So I already had a lot of material. For a highly illustrated and highly synthetic edition of The History of Art for Dummies, the First editions looked for a journalist above all.

In addition, I took advantage of a personal project that I have with my 11 year old son: visiting the museums and selecting the major work by museum. Reducing a visit to a masterpiece is complicated, so I decided to choose a major museum by country and for each to choose a masterpiece of the country in question. After the Venus of Galgenberg, the oldest carved figurine in the world, preserved in the Natural History Museum of Vienna in Austria, and the Rubens of the Hermitage, in St. Petersburg, our next destination is Egypt, with the mask from Tutankhamun to the future Cairo Grand Egyptian Museum (GEM).

What was your biggest challenge for writing this book?

Approaching art from a public perspective is a challenge. Yet this pedagogical work is very important. Every word has been weighed. My requirement of precision was high. And finally, the limited choice of 300 artists that I fully assume. The knowledge of the history of art is changing: the discovery of Chauvet has changed a lot of things. We had certainties: it was said that history of art started with Lascaux, but Lascaux was painted in -18,000 and Chauvet is -35,000 years. For Chauvet, it is one or two artists who created it, the Leonardo da Vinci of the time. But there must have been so many other things that have not been preserved … We now realize what we are missing between the two! Another phenomenon is the place of women artists which is re-evaluated. A necessity today that must be encouraged. I was deliberately feminist in my approach. Camille Claudel has a double page in the book. A work by Sonia Delaunay rather than Robert … It is frightening to read what historians have written about someone like Berthe Morisot! In their mouth, painting a woman and her child become a “family” subject. 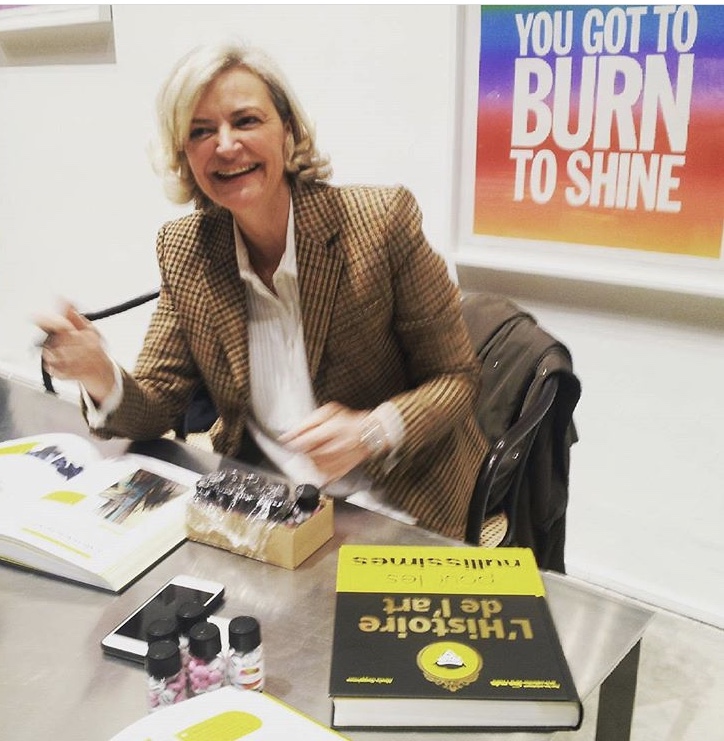 You are a pioneer of the web, how did you start this journey?

Leaving the Louvre School, I directed a literary and artistic review. I worked with three graphic designers from Lyon, three quarters facing, who moved to Latin America. To stay connected, in 1995, I had to install a modem on my Mac. At the time, it was complicated. Right away, I sensed the incredible reach of digital communication. From there came the concept of a museum outside the walls, “The Smile Museum”, the first museum of contemporary art on the Internet to present a somewhat unusual collection. We talked a lot about it. Then I wanted to understand the mechanisms of visibility of a site. An MBA on digital marketing was helpful to me. Then in 1999, I was General Delegate of the International Film Festival on the Internet, Cannes on the internet. It was exhilarating. We were very supported by the institutions then there was the internet bubble in 2001 and everything stopped … but of course I continued to be interested in digital art. I saw the social networks come with interest and I created the observatory of the social web in contemporary art. This led me to write a guide, Social Media for Artists in 2011 and 2014 (available in French and English). What skeptical comments on social networks for artists I heard! I get to think that it takes five years for things to happen. Currently, I am conducting geostrategy studies of the art market integrating data analysis. Trends, new uses and talents are revealed.

You mention a mission in 2017 to the Ministry of Culture, what is it?

The “Cultural Season” is an international communication campaign promoted by the Ministry of Culture. The objective is to discover an exceptional French cultural programming, and win back the hearts of tourists. I piloted a thorough monitoring of traffic levers, tried to network community managers, and identified influencers. Talented personalities like Mirella Bouteiller, a Mexican youtubeuse of 35 years. Her channel “Una Mexicana in Paris” is followed by more than 55,000 people and her Instagram account has nearly 30,000 subscribers.

Let’s go back to the origin of the Musée du Sourire. It was born from a meeting in the bus, a day of strike in Paris in 1996. The bus passes in front of the Louvre. Talking to a young woman sitting in front of me, she said she had never visited the museum. Having introduced me as an art critic, she asked me if I would accept to give her a guided tour. To make things more fun, I then imagined a journey of my 10 most beautiful smiles in the Louvre. From the Intendant of Mari to the Sumerians to the inevitable and expected Joconde through the sarcophagus of the smiling Etruscans couple. A wonderful way to discover art through the prism of emotion. The smile virus was not going to leave me anymore. Contrary to popular belief, vulgarization requires the greatest expertise. 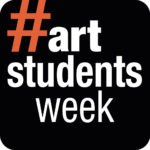 You have also created an “Art Students Week” prize. Can you introduce it to us?

It’s an Instagram operation that I really believe in: I suggest that art school students submit their work on a given theme, the simple rule being to post their work with the hashtag of the current edition, #ASW18. The International Association of Art Critics (IACA) of which I am a member, then selects the most relevant ones. During the 2017 edition, which was devoted to drawing, the awards ceremony was held at the Musée Delacroix in Paris, the former painter’s studio, an emblematic place. In November 2018, the challenge of the 3rd edition is to have more relays from art schools and to open it internationally. Why not the United States? The goal of “Art Students Week” is to create bridges. With Instagram, the art critic’s profession evolves. It’s the future !