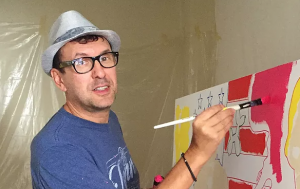 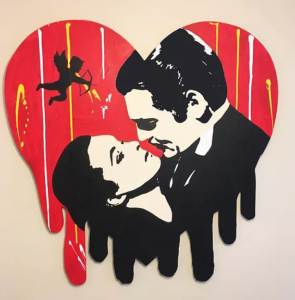 Philippe Swan, aka Le Closier, started his career in Europe in music and won a Victoire de la Musique for his hit “Dans ma rue”. After 20 years producing and writing for singers including Christophe Willem and Julien Doré, Philippe has found a new artistic spirit by expressing himself on the walls of Paris by mixing pop and street art …

His brightly colored canvases inspired by the icons of the 20th century are successful and he is commissioned to create portraits of stars (among others Serena Williams). Now in the US, Le Closier first worked and exhibited in Miami before relocating to New York where he dreams of painting one of the city famous murals. Meanwhile New Yorkers will be able to discover his works at Art Expo then The Other Art Fair … and maybe soon on one of their walls!

How did you come to painting after your musical career? Do you still have projects in music?

After more than 20 years in the record industry, I wanted to do something else. I have always loved Pop Art and its relationship to fame. With the explosion of Street Art in France in the early 2010s, I wanted to mix the two currents and I started painting on the walls of the Montparnasse district in Paris where I lived then. It was a rebirth and I found the enthusiasm of my debut in music. Today. I continue to play the guitar, but only for pleasure. I have no professional musical project in sight. Painting fascinates me and takes all my time. 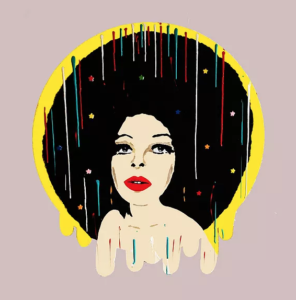 Where do you get the inspiration for your new creations?

You have just moved to New York after a few years in Miami. Your first impressions?

These are two very different cities. New York is incredibly dynamic. Miami is rather a holiday destination for the beach, the sun, the clubs … I like that in New York we can walk or take the subway, as in Paris. In Miami it is rather by car. From an artistic point of view, there is an interesting community in Miami but difficult to compete with New York! 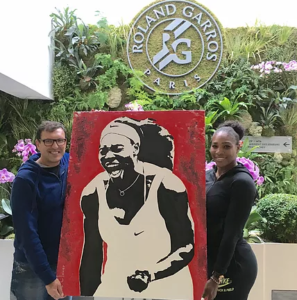 I was recently watching TV and saw the trailer of an HBO documentary about Serena Williams. Serena is at her house, and all of a sudden, I saw on the wall the portrait I painted of her! Her friends had commissioned this portrait and I gave it to her during the French Open in 2016. But it’s quite touching to see that this painting is now part of her life and that she sees it every day …

What is the question most often asked? 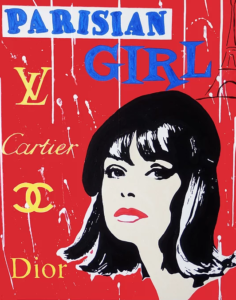 My work is exhibited at Art Expo NY from April 19th to 22nd. It’s one of the biggest contemporary art fairs in the world with more than 20,000 visitors, so it’s very exciting to be part of the adventure. Then I was selected to exhibit at THE OTHER ART FAIR organized by saatchiart.com in Brooklyn from May 3rd to 6th during the Frieze Art week.