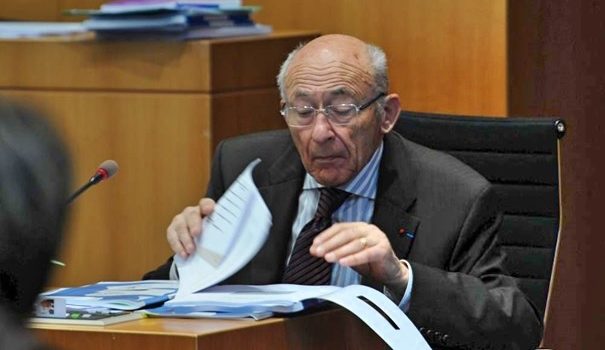 The city of Rochefort mourned the death of Jean-Louis Frot, a man with dreams to resuscitate a small town.  He died at the age of 87. He served as mayor from 1977 to 2001 and spearheaded the team to reconstruct the maritime heritage of the Arsenal of Rochefort, Corderie Royale (Royal Rope), and the frigate Hermione.

In 1665, while under the reign of King Louis XIV, Minister of Finances Jean-Baptiste Colbert created the naval base and dock yard Arsenal de Rochefort.  Its construction started in 1666 and lasted until 1669, giving birth to Rochefort.

The purpose of The Arsenal was to assist France’s navy to compete with the English and Dutch. It supplied the navy with ropes for more than 200 centuries until its closure in 1927. The replacement of the sail propulsion to steam and motor boats caused the factory’s demise.   Once the rope factory closed, the navy left town and the city struggled economically.

During World War II, Rochefort was neither bombed by the Germans nor by the Allies. On the other hand, it was the Germans who, before evacuating the city and the arsenal, set the Corderie Royale on fire, which burned for several days, blew up the door-boats which closed the forms of refit and made sink the few ships that were there, making the port and forms unusable.

In 1964, without financial support, Admiral Maurice Dupont, a maritime prefect, oversaw the rehabilitation of Corderie Royale and by then, vegetation overran the grounds. With the assists of many volunteers and students from nearby military schools, Dupont managed to clear the area. In 1967, he submitted a proposal to have the site declared a historic monument, and it was granted. Five years after its declaration, city council purchased the historic seventeenth century factory, including the land, parks and other surrounding buildings from the state.

Frot and Admiral Dupont, along with a team of other individuals, fought to secure financing to rebuild the emblematic Corderie Royale. The team faced a colossal endeavor to restore the building into an artistic form. The Royal Rope today houses the national headquarters of the Conservatoire du Littoral, the Chamber of Commerce and Industry of Rochefort and Saintonge, the International Center for the Sea, the Municipal Media Library, a permanent interactive exhibition and many temporary exhibitions.

Upon the completion of the reconstruction of the Royal Rope, Frot set his sights on building a replica of the Hermione. He, along with a team of other individuals with the same passion, launched the Hermione project.

The Hermione was a warship built in 1778 at the Arsenal of Rochefort and was in service from 1779 to 1793. It launched eleven months after the start of its construction. During the Revolutionary War, the Hermione, under the command of Latouche-Tréville, brilliantly aided the Americans in fighting the British. On board was Gilbert du Motier, Marquis de Lafayette, known in the U.S. simply as Lafayette.

In 2015, she set sail from Rochefort to travel on her five month transatlantic voyage to United States.  The French and Americans shared their joy of this astonishing replicated vessel that helped the United States win the war. At the Boston, Massachusetts stopover, Frot greeted the Hermione crew for the incredible moment. He was overwhelmed with delight and displayed pride in seeing the fulfillment of this tasking project he and the team had carried through for almost 20 years.

In 2016, since her trip to America, under the command of Captain Yann Cariou, the Hermione sailed to Brest and Saint-Malo, the Corsair City. This year, she went through a long journey in the Mediterranean Sea where she experienced very harsh weather that she withstood without damage, confirming the quality of her construction. Next year, the harbors of Normandy will welcome the frigate. Her commander is not running dry of ideas to make her live, since she must sail in order to keep living and introducing France and Rochefort to the world!

On September 3, 2018, the city and the Hermione crew honored Frot for his commitment to Rochefort, the restoration of the Corderie Royale, and the replica of the Hermione at his funeral service. At the end of the ceremony, Cariou and crew members formed a guard of honor on the square of the church.

This article was translated in English by John Wilmot and revised by Marilyn Miller.