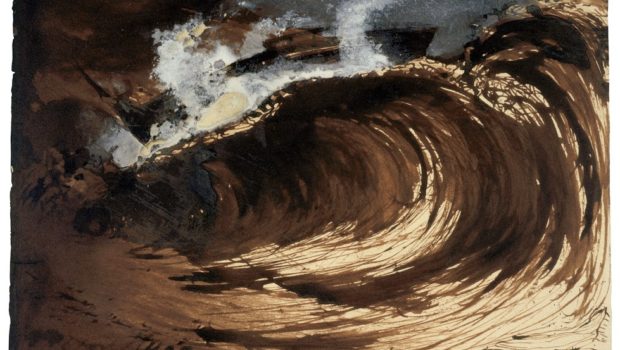 Located in Los Angeles California, the Hammer Museum has long been a cultural landing point for a vast array of exhibitions showing a variety of artistic creations from the world over. Recently, the Hammer was particularly proud to feature “Stones to Stains – The drawings of Victor Hugo.” The exhibition proudly displays over 75 drawings and photographs from Hugo’s career. To the viewer, this a powerful and revealing experience- unearthing the unspoken talents of a man many only perceive as one of literatures greatest storytellers and showing him to be a multifaceted artist and observer of the world.
FQM was privileged to speak with Allegra Pesenti, associate director and senior curator of UCLA Grunwald Center for the Graphic Arts.

What prompted you to bring the works of Victor Hugo to the Hammer Museum ?

We wanted to shed light on a very private and little known aspect of Victor Hugo’s creative talent. We were certain that our visitors, especially the artists in our community, would respond to the spontaneity and freedom of expression of Hugo’s wash drawings. Some are pure biomorphic forms and quite unlike anything else in the mid-19th century. They prefigure the automatic drawing techniques of the surrealists by about 70 years, and they predate the invention of abstraction in the 20th century. Due to the rarity and fragility of these works this will likely be the last time such a large group of drawings by him will be shown in this country. We felt a sense of urgency in presenting this exhibition.

Do you think most people are aware of Victor Hugo’s artist talents?

Victor Hugo is known to our general public as one of the greatest writers of all times, and most visitors will have at least heard of Les Misérables and The Hunchback of Notre Dame. Few people however are aware of his extraordinary talent as a draftsman. Hugo was a very public and outspoken figure in his time, and he was widely published as a writer, however he never displayed his drawings in salons or exhibitions. The drawings were only shown to friends and family, and it wasn’t until the following century that people became more aware of this very private form of invention.

Which piece from this exhibit speaks to you the most?

I particularly respond to the series of ‘Planetes’, or spheres reminiscent of the moon and the cosmos. I envisage him peering up the starlit skies while in exile in the barren Channel Islands between the coasts of France and England, where he spent almost twenty years of his life. He was mesmerised by the magic of those forms that are so evocatively rendered on paper. Those elements of the atmosphere, beyond the borders that might separate us from our home, are common to all of humanity.

Do you think that Hugo’s art merges with his work, or do you view it as seperate?

Hugo’s drawings were not conceived as illustrations to his writings. Although he used the same tools for writing and drawing, the plume, pen and ink on paper, they should be considered as parallel forms of invention. Drawing allowed him to express himself in ways writing couldn’t, and vice versa.

Do you think this exhibit will shift the common perception of Victor Hugo as more of an artist than an author?

Hugo will and should remain known first and foremost as a writer, poet and political activist. These are the practices he was most vocal about, and that he disseminated. I do think this exhibition will enhance people’s perception of the author however, as it discloses his equally impressive artistic skills.