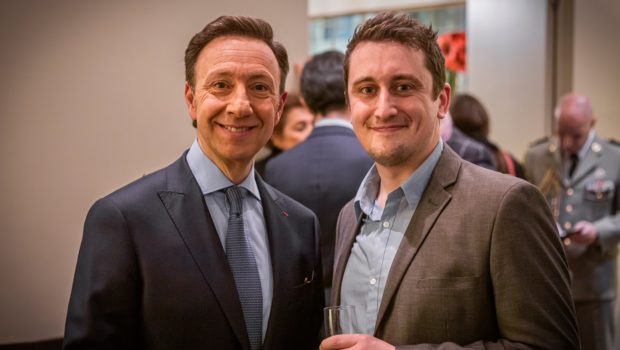 Published on January 14th, 2021 | by Isabelle Karamooz, Founder of FQM

French author Clément Horvath Won the “2019 History” Prize for His First Book (Released in English), an Homage to Allied Soldiers of WWII

The “2019 History” Prize went to Clément Horvath for “Till Victory: The Second World War by Those Who Were There,” a deeply research book. The young writer received an award for a first book and for his work of fifteen years of research pertaining to the letters of the Allied soldiers. The judges praised the book and voted unanimously for it. “We’re always happy to encourage young talented people to express themselves and especially to preserve history,” “It’s about trying to instill the love of history into young people and writing about history so that history is preserved, that’s very important to us,” said Stéphane Bern, the founder of the Fondation Stéphane Bern in a video interview with French Quarter Magazine. For struggling authors and booksellers, in this period of pandemic, who have seen their sales plummet this year, literary prizes like the Stéphane Bern Foundation prizes can draw the necessary attention to titles that have been overlooked throughout the lockdown.

Clément, what does it mean to you to receive the History Prize of the Stéphane Bern Foundation for History and the Heritage?

It was first and foremost a great surprise, because I am neither a historian by training nor a writer by trade. So to receive this prize from famous French TV host Stéphane Bern, HRH Princess Caroline of Hanover and First Lady Brigitte Macron, in front of so many academics, ministers and renowned historians, for a history book… It could make you feel like an impostor! But it was the most wonderful gift, because I spent 15 years on this book, almost half of my life, and I am happy that it managed to win the hearts of this exceptional jury.

What is one of the most interesting things you have learned from your research?

My work consisted first of all of a fifteen-year collection of letters written by Allied soldiers (American, British, Canadian or French) on the Western European front during the Second World War, and then the rigorous selection of historical or poignant content, in letters often limited by the censorship of the time. Then, I had to spend a lot of time in the archives to reconstruct the stories of about fifty men and women, before tracking down and contacting their descendants all over the world, as far away as New Zealand! While studying these individuals with such strong and diverse personalities and experiences, I inevitably discovered many unknown anecdotes, even though I thought I had already read everything about this conflict… I also became very attached to these heroes who were my age during that dark period. Their moving letters, sometimes the last ones they ever wrote, allow us to put into perspective the hardships we are going through today. Above all, they taught me to appreciate my freedom and the peace that we take for granted.

Where can we find the English version of your first book “Till Victory: The Second World War by Those Who Were There”?

The French version was published by Editions Ouest-France in October 2018, and this English version, which includes some additional photographs and letters, was just published by Pen & Sword Books in Europe and Casemate in the US/Canada. You can find the book on major online platforms, or at good booksellers who can order it for you if they don’t have it on their shelves.

Some of our readers will soon discover your new book and do not know much about “Till Victory: Lettres du Jour J à la Victoire.” Can you tell us a little bit about it? What inspired you to write this book?

It’s the second volume of Till Victory, only available in France at the moment. This time I wasn’t so lucky, since it came out the day before the first coronavirus lockdown and the closing of all the bookstores… But this Second volume had been planned from the beginning, since I had kept some nice stories aside, for various reasons, including the fact that I could not find some families in time to publish them in the first one. There are fourty new stories and correspondence from Allied soldiers, this time from D-Day to “VE-Day” (whereas the first book covered the whole war from 1939 to 1945).

Tell us about your writing routine. Do you write early in the morning, or all night? Pen or computer?

Writing is not my main job, as I am a full-time Communication Manager in a company that makes educational video games. So I write in time slots usually dedicated to social life or… sleep. My weekends and vacations are devoted to that as well, but when you’re passionate about your project, you never really get away from it! I work mainly on a computer, because the final rendering of the book was very important to me from the start. My job revolves around graphic design, photography and video, so the form is just as important to me as the content. I did everything from A to Z, providing a finished product to the publishers… It’s my baby, and I feel that all these stories deserved the best presentation, with the greatest attention to detail.

Are you an author who interacts a lot with his readers?

I try, yes. I’ve done a few talks and book signings, I organized a release party for each book, and I’ve set up a few exhibits with letters and memorabilia presented in Till Victory. It’s always a pleasure to get feedback from the public, when you’ve spent so many years on a project, and to answer their questions. In addition to the families of veterans who put their trust in me, I was able to meet some very nice people. The first years were a recluse’s life, now it’s a great adventure! However, with the coronavirus, and in order to talk about the project abroad, all I can do now is to take part in online chats.

What else do you do in connection with writing?

In conjunction with the book, I host a podcast in English called “Till Victory (a podcast about WWII and Peace)”, available on all streaming platforms. I interview veterans or historians about their experiences of war or remembrance in general. I also produce some videos posted on social networks, such as the recent mini-documentary “Red Beret & Dark Chocolate”, based on a very beautiful story from the second volume of the book: the encounter between a 5-year-old girl and a British paratrooper on the night of June 6, 1944, and their reunion 75 years later! It is available on YouTube and adds a lot to the story told in the book.

I’ve started a new project, a little different but just as ambitious, which is still top secret. For the moment, my priority will be to make Till Victory known in America, so that maybe soon I will be able to work on the English translation of the second volume… I also have a few video projects in the pipeline, which I will publish on the www.tillvictory.com website! 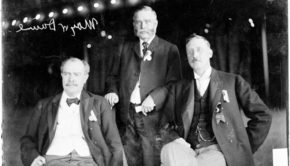