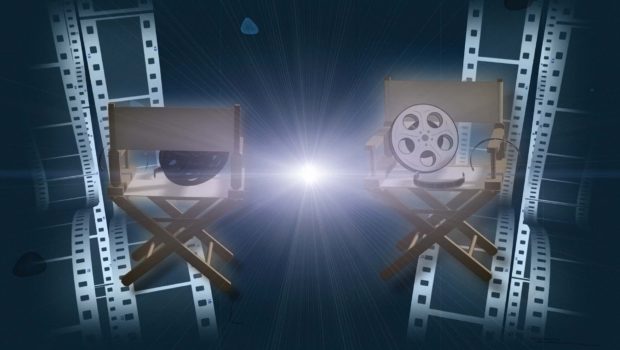 Ousmane Sembène, the Senegalese writer and filmmaker: A man of art in all its depth

Black African literature developed considerably from the twentieth century and beyond, thanks to the pioneers who paved the way and left their mark on its rich heritage. It’s during this awakening in French-speaking Africa, that we can’t mention literature or cinema, without mentioning Ousmane Sembene, the self-taught African writer and filmmaker, Sembene remains a leading figure in the field of literature as well as cinematic creations.

It’s a long journey stemming from Casamance (Senegal) to Marseille:

Sembène Ousmane was documented as being born on January 8, 1923 in Ziguinchor, in the Casamance region, in the south of Senegal and died in Dakar on June 9, 2007. He was probably born 8 days earlier, but the French colonial administration was more worried about the tax registration than the official date of birth back then.

In Ziguinchor, Sembène had a happy childhood. He grew up in a region near the Casamance river and its many backwaters. Thus, he summarizes the early years of his life with the 4 words: water, trees, fishing, and hunting. His work conveys shadowed traces of this, (most notably in his second novel O pays, mon beau peuple! In 1957).

In 1946, he covertly embarked on a trip to France and landed in Marseille, where he took up various odd jobs. He wound up as a docker at the port of Marseille, place de la Joliette, for ten years. He joined the CGT and the French Communist Party, where he developed Marxist and militant beliefs. He also played as an extra in Le Rendez-Vous des Quais by Paul Carpita, which testifies to the solidarity between the Indochinese separatists and the CGT dockers. It was at this time that he began to take an interest in writing and literature. He then attended the libraries of the CGT and began to take courses offered by the PCF.

In 1956, he published his first novel, The Black Docker, which recounts his experience as a docker. Ousmane Sembene: A self-taught man with an ability to write rebelliously.  His first publication dates back to 1956, where he published a largely autobiographical novel in which, by dealing with his experiences as a docker in Marseille, he found a way to address questions relating to immigration and the visibility of minorities in society. French women during that time were often treated with condescension.

The year 1957 saw the birth of his second opus, O Pays, Mon Beau Peuple (O country, my beautiful people). It’s about the story of a young African, Oumar Faye, who’s ties to the West – beginning with his marriage – couldn’t resist answering to the call of his native Casamance. However, nothing’s simple, since all his attempts to overcome the difficulties of everyday life by reviving life in the village end in failure, his tragic end serving as a paradigm for all the obstacles inherent in returning to his roots. In all respects, this is a work in which Sembène’s literary style begins to take shape, as we see various patterns such as these through much of his career, his sensitivity and the struggles that animated him. His third novel Les bouts de bois de Dieu (The Scrapwood of God) is now a French classic. Here, Sembene illustrates with incomparable verve, the true saga carried out over several months by the men and women of the famous strike of the railway workers in 1947. In which he himself had taken an active part. A strike in which the opressive ideas about the “good-natured negro,” which up until then, had only been defended by the colonists were undermined and which marked, on an aesthetic level, a key moment in the author’s novelistic direction through this landmark novel that lifts up a voice about the power of struggle, on the verge of independence.

From Literature to Cinema: An educational approach!

It was precisely from 1962 that the beginnings of this incessant interference between literary work and cinematographic work which characterizes the activity of Ousmane Sembène date back to. Certain stylistic aspects of his writing wind up being found and reestablished in Sembène the filmmaker. T

o this end, the assessment that Ousmane Sembène draws from his foray into the literary field is, at times somewhat bitter, and his arrival in cinema can be read as an attempt to extend the limits of this mode of communication, recognized as too insensitive in the context of the emerging African postcolonial society. It is to this barometer, in fact, that we must measure this multipotentialites creative career, the sharing of mediums which sheds light on to a self-taught journey guided by an awareness: on the verge of independence. African literature is rarely sought out by the aboriginal communities left behind.

As a result, it only partially aids in building a national identity and repairing cultural damage. To put it clearly, it is addressed to a postcolonial bourgeois intelligentsia cut off from the people and turned towards a linguistic medium which the majority of people didn’t master: French. So much so that, if the elitist world of literature de facto excludes the illiterate majority, it is through cinema that Ousmane Sembène intends to build a bridge between the people and their literature, with new ideas for the awakening of a popular Africa that self-criticizes and gauges itself.

The passage is meditated, which intends to remedy the literacy disadvantagement and its requirements by substituting a visualization for it which is supposed to be more accessible. Sembène boasts a militant cinema campaign and he himself goes from village to village, traveling through Africa, to show people his films and convey his message. In fact, the popular strata’s craze for cinema is evident.

Ousmane Sembene, who studied film in Moscow in 1961 at VGIK, made his first short film Borom Sarret (The Carter) in 1962, followed in 1964 by Niaye, which won the CIC Award at the Short Film Festival of Tours and a special mention at the Locarno International Film Festival. The latter tells the story of a noble family from Niayes (rural regions of Senegal) who are dishonored after the father has committed incest on his daughter. This film is an adaptation of his Nouvelle Vehi-Ciosane or Blanche-Genèse.

In 1966 his first feature film was released, which was also the continent’s first “Negro-African” feature, entitled La Noire de… (Jean-Vigo Award of the same year). From the outset, Ousmane Sembène places himself in the forefront of social and political criticism with the story of a young Senegalese woman who leaves her country and her family to come to France to work with a couple who will humiliate her and treat her as a slave, pushing her to suicide. Le Mandat (The Mandate) released in 1968 and which is considered one of his masterpieces and was crowned by the International Critics Award at the Venice Film Festival, is a bitter comedy against the new Senegalese bourgeoisie, which emerged with independence.

In 1979, his film Ceddo, was banned in Senegal by President Léopold Sédar Senghor (himself an academician and poet) who justified this censorship by a spelling error: the term ceddo would only be written (according to him) with only one “d”. The Senegalese powerhold didn’t have the heart to offend the religious authorities, especially Muslims. Indeed Sembène recounts the revolt at the end of the 17th century of the Ceddo, valiant traditional warriors with their utmost convictions who refused to convert. He thus virulently attacks the joint invasions of Catholicism and Islam in West Africa, their role in the disintegration of traditional social structures with the complicity of certain members of the local aristocracy.

In 1988, despite the special jury prize received at the Venice Film Festival, his film, Camp de Thiaroye, was not released in France. It thus acquired a reputation as a censored film. This feature film is a tribute to Senegalese skirmishers and, above all, is a denunciation of the French colonial army in Africa, which took place in Thiaroye in 1944. The film did not debut in France until the mid-1990s.

Filmography as director and screenwriter: 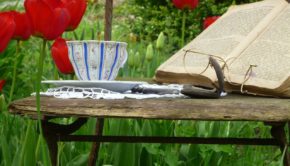 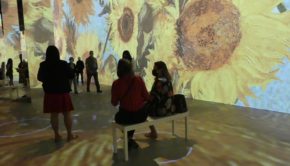 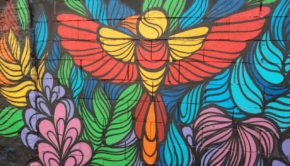 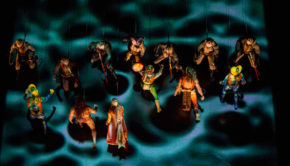