“Le Guide Michelin” is an institution that awards the top chefs in France with its famous stars. We all have

Encounter and interview with Sebastian Marx, a comedian coming from New York and established in Paris

Welcome to The Table Cambridge restaurant in Massachusetts !

Over the last decade, cooking shows of all kinds invaded both French and American television. From “Top Chef” to “Masterchef,”

My dear Pamela, I cannot stay in the dark any longer, Pam. I need to voice my opinion and to

When we left France about five years ago to move to the United States, my husband and I had a

Today, I would like to talk to you about a project I am involved in with fellow French and American

The other day, I was browsing the Internet over my lunch break, when I found an article on my favorite,

On January 7th, 8th, and 9th of this year, Paris, France, was hit by attacks of unprecedented violence. Victims included

A day in Compiègne

Compiègne is a small town of just under 100,000 inhabitants located in the south of Picardy, and about 45 minutes 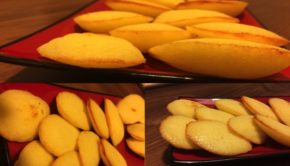 Gourmet break… How about homemade madeleines ?

Madeleines! Greedy childhood memories or a tasty discovery? A madeleine is a small cake from Commercy, in the north-east of