Who was Gustave Eiffel ?

When one thinks of Gustave Eiffel, normally an image of the Eiffel Tower or the Statue of Liberty enters the

For the great majority of Americans, eating foie gras is not a common occurrence. Many people in the United States 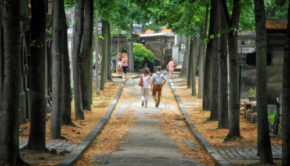 While visiting Paris last spring, on my list of places to visit was Père Lachaise Cemetery. I knew this cemetery

While visiting friends that had moved to Washington D.C. last year, on the top of our tourist list was a

Château de Fontainebleau ; when one hears the name, a sense of royalty and aristocratic history come to mind. This