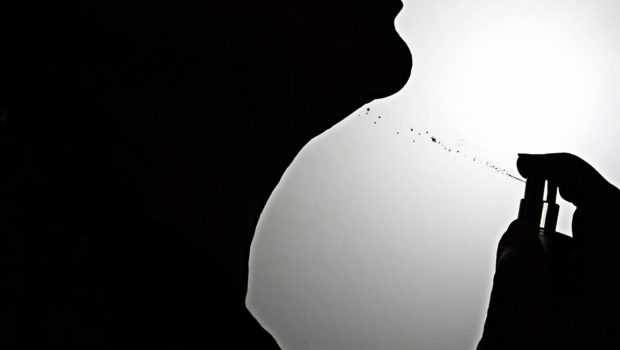 Published on August 13th, 2021 | by Isabelle Karamooz, Founder of FQM

The Scent of Empires by Karl Schlögel is the story of two revolutionary perfumes (Chanel No. 5 and Red Moscow) and their creators at the centre of a gripping of olfactory history of the 20th century. Both perfumes have roots in Tsarist Russia, in particular in a fragance developed by two French perfumers, Ernest Beaux and Auguste Michel. A story of power, intrigue and betrayal which focuses on Chanel No. 5 and marked its 100th anniversary on 5th May 2021 and the Soviet perfume Red Moscow. As a passionate history buff, I was delighted when I received an e-mail from Karl Schlögel’s publicist to introduce me with this amazing book that I had the pleasure to discover and that I am eager to present through an interview Q&A.

Some of our readers will soon discover your new book « The Scent of Empire » Can you tell us a bit about it?

I had never before written about smell, scent and fragrances. My earlier books are about the history of Central and Eastern European cities like Riga, Odessa, Czernowitz and others, and mainly about Russian history in the 20th century, about Saint Petersburg during the Russian revolution, about the Great terror during Stalin’s time. My view of history is above all focusing on locations, places, sites. I believe that history “takes place,” is not just a series or chronology of events. Now, this book is about two perfumes: Chanel No. 5, famous, well known in the West and Red Moscow, very popular in the former Soviet Union, but practically unknown in the West. The strange thing is, that they both come from the same origin, from a prerevolutionary brand, and I tell the parallel stories of both fragrances after the revolution. I think you can show the history of the 20th century embodied in one drop of a fragrance.

What made you decide to write it?

When I did my studies in the Soviet Union in the 1980s, I noticed a very specific smell at important and festive events – in the opera, in concerts, in inauguration ceremonies and the like. I discovered that this was the scent of  Red Moscow, and I tried to find out where it came from. And – very important – living in devided Berlin, and crossing the wall, you always noticed two different scentscapes in West and East. So it became clear to me, that scentscapes have something to do with political hemispheres.

What is one of the most interesting things you learned in doing research for your book?

I learned that there are hidden continuities which are surprising: the continuity of scent of fragrances in a world of discontinuity, disruption, revolution, and that there are parallels which one would not expect: the parallel ambitions of creating beauty in two entirely different, even antagonistic political and cultural systems like the Soviet world and the West.

What’s the role of an historian today? What are your field of specialities and interests?

Historians have to tell the story – which may seem quite clear and quite simple, but in fact it is a very hard job as we can see just in this moment: there are competing interpretations in open societies, and there is the threat of rewriting the past by political authorities as is the case in Putin’s Russia today – but not only there. Historians all over the world have to fight and engage to deliver open, uncensored discourses.

To someone who does not know much about the Romanov dynasty, how would you define this family? The legacy of the Romanovs? How is the last Russian royal family remembered in Russia?

The Romanov dynasty come to power after the so called « time of troubles » in the early 17th century and was in power up to the Russian Revolution in 1917, the family of the last czar was murdered in 1918 by the Bolsheviks. In the Soviet historiography and public perception the Romanov dynasty was the representation of the ruling, oppressive class, at the top of the Russian Empire. Only after the fall of the Soviet Union were the physical remnants of the executed family discovered in the Urals and transfered to the former capital Saint Petersburg.

If you had to highlight one of the turbulent events and high politics of the twentieth century, what would it be?

I think that World War I was the seminal catastrophe, followed by a fragile interwar peacetime, ending with World War II with millions of victims, and the turmoil of the European civilization, represented by the unprecedented crimes and genocide of the Nazi regime.

Let’s talk about the two of the world’s most celebrated perfumes you are featuring in your book, Chanel No. 5 and Red Moscow…

In 1913, on the occasion of the 300th anniversary of the Romanov dynasty a perfume was created by French company located in the Russian Empire. After the revolution, one creator returned to France, where he met Gabrielle « Coco » Chanel, who decided to market his composition; the other perfumer stayed in Soviet Russia and helped to reconstruct the branch of cosmetics and fragrance in postrevolutionary Russia. The careers of both of them ended quite differently: Ernest Beaux became one of the most famous figures in the French perfume industry, August Michel disappeared in the turmoil of the purges in Stalin’s time. We do not know what happened to him. But there is also a parallel between the careers of Coco Chanel and Polina Molotova-Zhemtshushina, who led the Soviet perfume industry for years. Coco Chanel collaborated during the German occupation of Paris with the Germans, Polina Molotova-Zhemtshushina belonged to the inner circle of Stalin, but at the end of his rule she was accused of being a « nationalist » and « Zionist » and sent to the Gulag, where she remained until Stalin’s death. So the book is also about scentscapes,  luxury and power.

What do you hope readers will remember after reading your book?

That the world is very complex and that you have to use all your senses in order to perceive and to understand what happens. We have to use all our senses : eyes, ears, taste, smell and touch for the visual, the audible, the olfactory scents and the physical environment.

I think so. I receive numerous letters from readers who tell me that they are happy and even grateful that there is a historian writing about the elementary, everyday experience and the importance of scent for our memory and social behavior. One kind reader even sent me a flacon of Red Moscow, perfume which she had bought 50 years ago, with a dedication to the author.